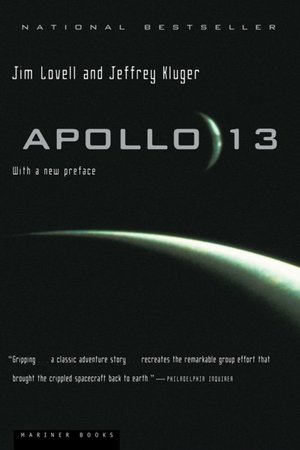 In April 1970, during the glory days of the Apollo space program, NASA sent Navy Captain Jim Lovell and two other astronauts on America's fifth mission to the moon. Only fifty-five hours into the flight of Apollo 13, disaster struck: a mysterious explosion rocked the ship, and soon its oxygen and power began draining away. Written with all the color and drama of the best fiction, APOLLO 13 (previously published as Lost Moon) tells the full story of the moon shot that almost ended in catastrophe. Minutes after the explosion, the three astronauts are forced to abandon the main ship for the lunar module, a tiny craft designed to keep two men alive for just two days. As the hours tick away, ...